The band Baptist makes electronic music, often combined with analogue and digital instruments. The contrast between electronic and analogue is the starting point for the design of the cover of their first record titled ‘For A While’. Synergique build a polygon droplet for the records artwork and projected a photograph on top of this shape. This image was then photographed in two different ways, realising the appearance of both a digital photolayer and an analogue projectionlayer in the same image. The result appears to be digitally processed, but is in fact the image of a physical ‘analogue’ installation.

The second half of the concept is centred around the record’s titel, For A While. This brief moment in time takes place between the image on the front of the cover and the image on the back. This moment isn’t just imaginary: it’s literally the time between the front and back of the cover: the record. The cover also offers a digital alternative to the analogue record in the form of a download code.

Baptist is at its best on a live stage. A larger rendition of the droplet is therefore part of the set, and can be used as a projection surface during the show. 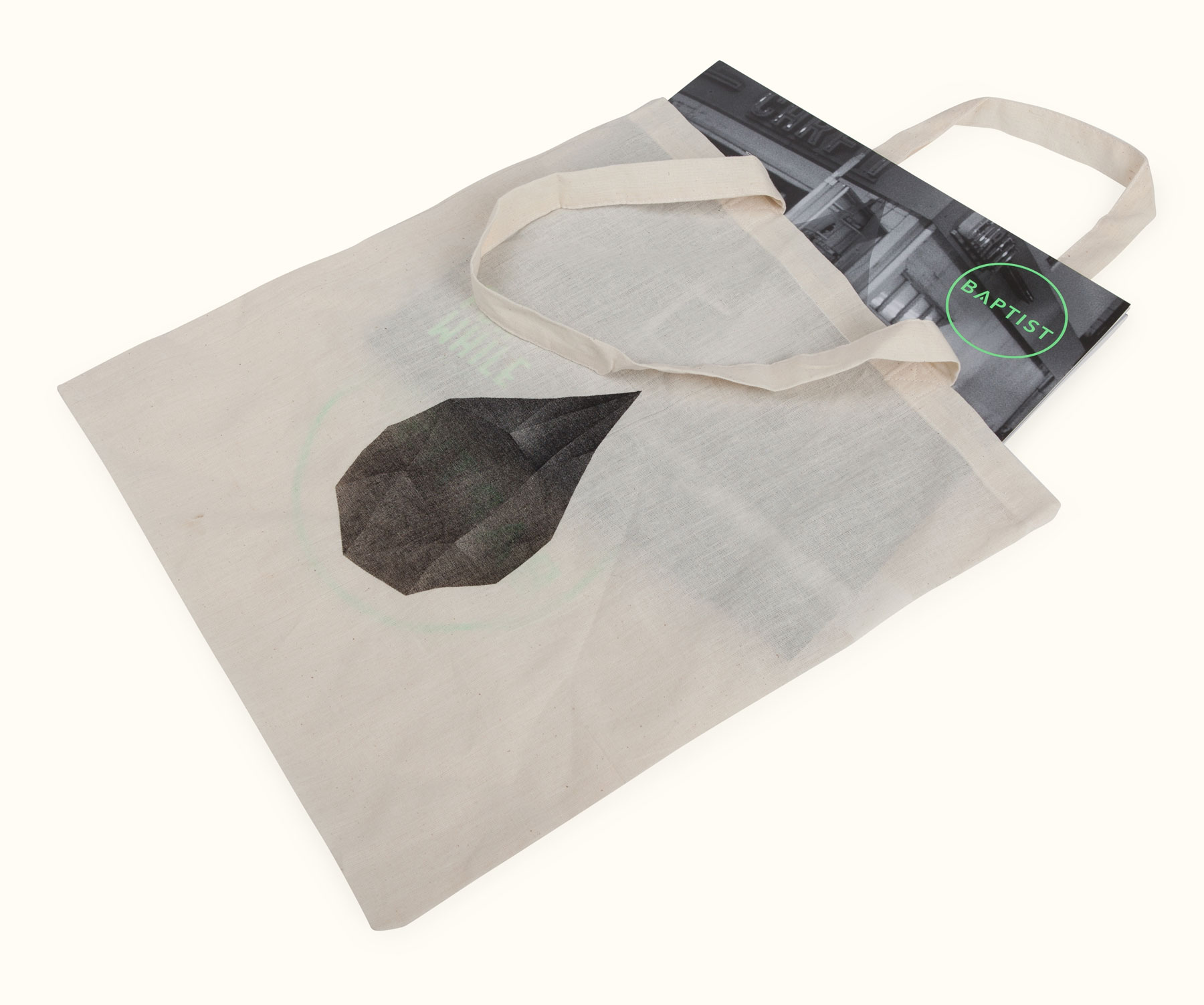 As an added bonus, we’ve designed an exclusive record bag, to transport the record in style.