Musician of the city of Amsterdam

The city of Amsterdam named one of its squares after the painter Rembrandt, one of its lovely parks after the poet Vondel, but the most important composer of the 17th century had to make do with a bust on the Concert Hall gable. This was later compensated for with a likeness on the 25-guilder note, but this did not bring him the same fame as his contemporaries enjoyed. To put this right, Amsterdam City Archive is holding an exhibition in their beautiful Treasury.

This exhibition includes some of Sweelinck’s ballot books, paintings of him and the beautiful painted harpsichord valve that Sweelinck acquired on behalf of the city of Amsterdam. The acoustics of the treasury inspired us to create an audio installation use a psalm Sweelinck set to music. This four-part piece is sung with four singers in four corners singing as one. Musical visitors are challenged to join in using the musical notation provided. 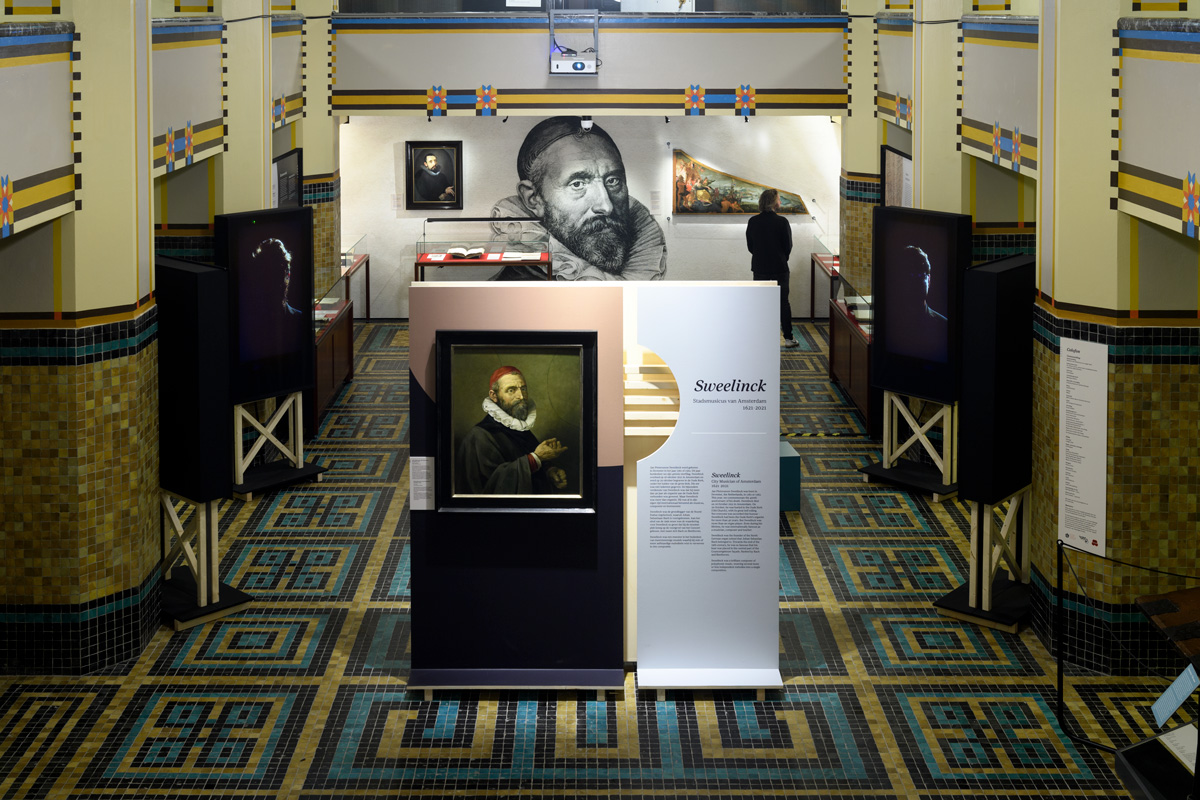 The exhibition includes a film in which Giovanca takes us through Sweelinck’s musical life. In the backdrops of the Oude Kerk and the Concert Hall, she tells us about his work as a musician, composer and teacher.

The City Archive treasury is an artwork in its own right. Architect Karel de Bazel examined its design right down to the tiniest detail. We have respected the small coloured tiles and the painted ceiling by not adding more colour to the exhibition. 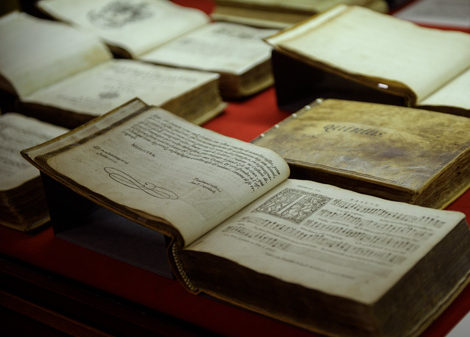 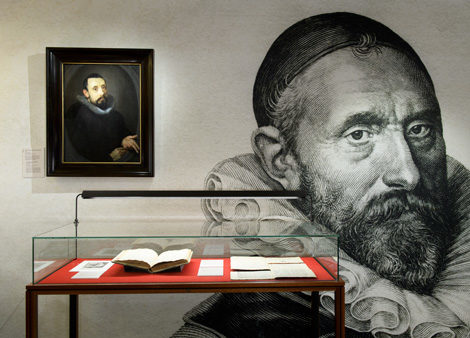 Sweelinck set all of David’s psalms to music (and there are hundreds of them). A beautiful example is psalm 90, which is a lovely composition of four voices. We asked the Hemony Ensemble to sing the piece and recorded both the sound and the video. As part of the exhibition, you can sit in the centre of this quadrophonic composition. 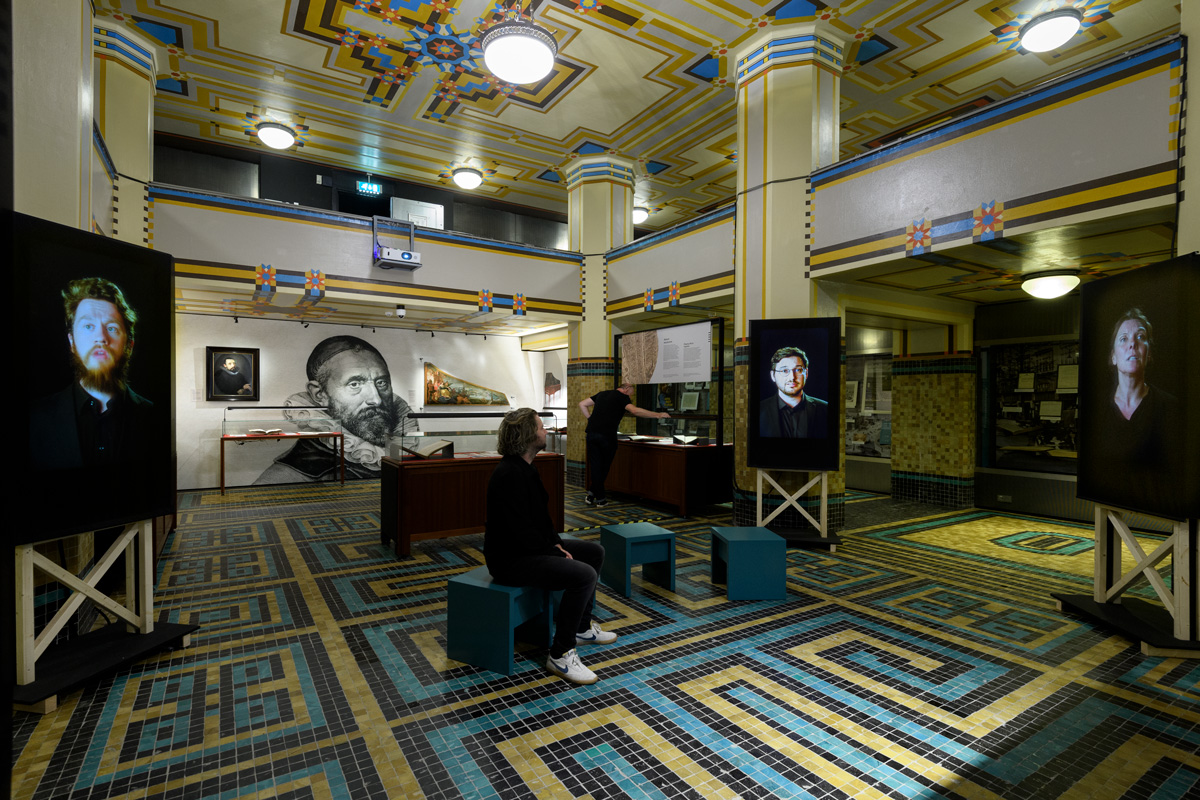