World-class technology of its day

Beemster Lake appeals to the imagination. Around 400 years ago, this inland lake was drained. It took 43 windmills from 1607 to 1612 to finish the job. Beemster Lake was empty in just 5 years, made possible by Dutch engineering, with the best world-class technology of its day. In the 19th century steam-powered mills took over from the windmills and the original windmills were all demolished. Excavations of the first remains of a Beemster Lake windmill beside the N244 started in 2015. Archaeologists have also found items that belonged to the millers and their families.

In this exhibition you are introduced to the milling family the Kerkhofs, whose youngest daughter Maartje guides you through the ups and downs of life at Beemster Lake during the seventeenth century. She talks about the two technologies used to pump water from Beemster Lake and you can see for yourself how they worked.  See excavated items owned by millers and their families, as well as beautiful original prints and drawings from the collection of the Provincial Atlas Noord-Holland displayed on the walls.

Miller’s daughter Maartje Kerkhof takes you through the exhibition. She conveys information succinctly yet clearly so that even the youngest visitors can take it in. 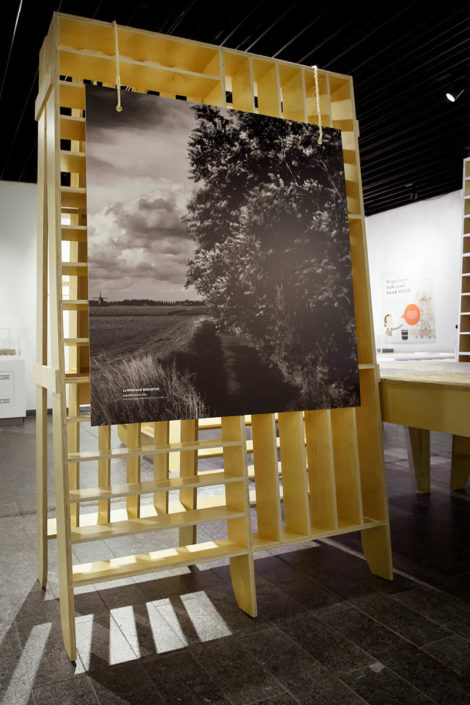 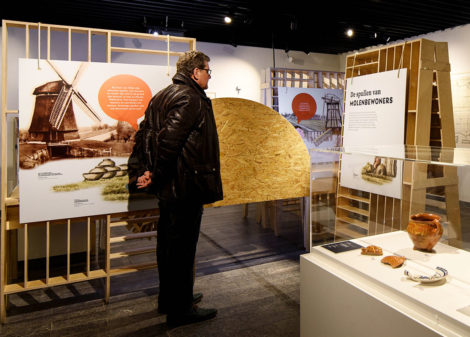 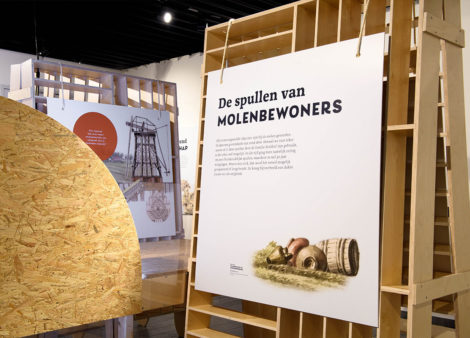 The modular panel and table system is based on the urban and rural planning that formed the basis of the Beemster area. The newly drained land was divided evenly-sized lots. The design also refers to the sail arms of the windmills that caught the wind to convert it into enough power to pump the polder dry. We felt that the technology deserved to be celebrated. 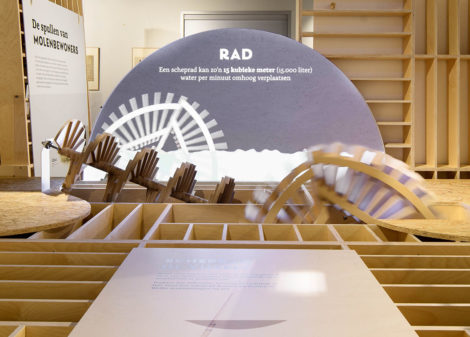 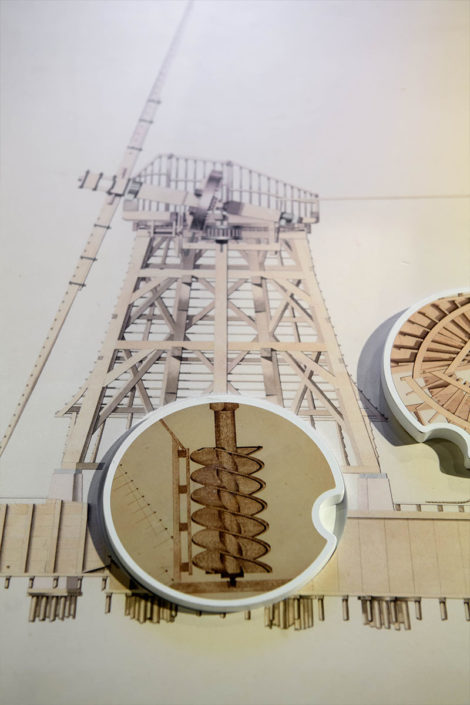 Around 1800 the large paddle wheel in many mills was replaced by an Archimedes screw. This modern technology was capable of moving much more water in a short time. In this interactive display, visitors can experience directly the difference between a wheel and an Archimedes screw and why jacking up windmills was all the rage in the early 19th century. 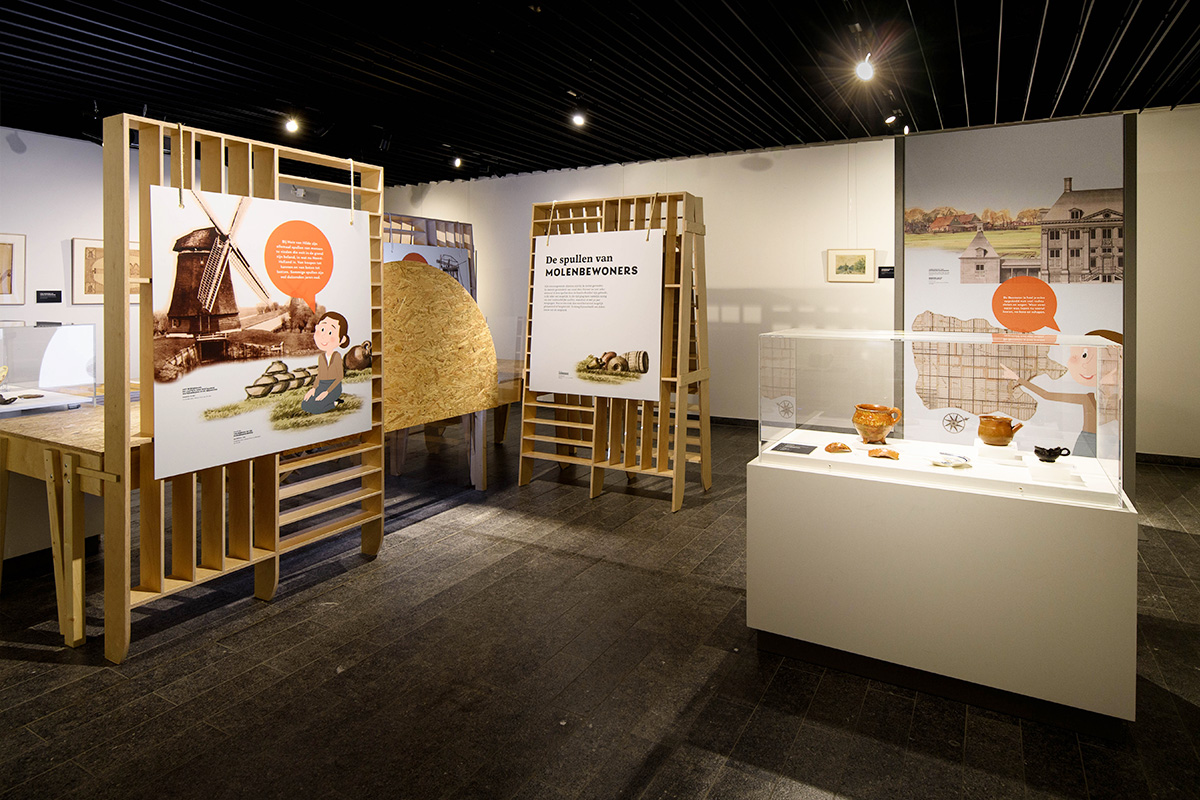