Enter the world of historic summer residences in North Holland

Back in the day, when spare time was a privilege only known to the very rich, a simple walk by the sea didn’t quite cut it when one wanted to impress ones fiancé. Instead the wealthy took their darlings to their very own “Buitenplaats”, a summer residence literally translated as “Outside place” Out there, the garden wasn’t merely a garden, instead it was an entire park, and only a fool could do without a folly.

North Holland used to be home to many of these summer residences, of which some still exist. The North Holland Archives house a significant collection of images and documents about the summer residences. In the exhibition “Inside out” they try to bring that special atmosphere of the “buitenplaats” back to life to the modern day public.

We developed an exhibition concept in which folly, archival collection and nature blend together seamlessly. An open construction build out of steel blends into its green environment, and breaths an inside and an outside vibe at the same time. Most of the texts, photographs and pictures that are on display in the exhibition are printed directly onto wood, keeping the background neutral and natural. Soft, green ivy leaves hug the raw, steel construction.

At once inside and outside

The pavilion has an open configuration, exposing the landscape surrounding it. The structure has a defined entrance and exit, the use of those however is optional. 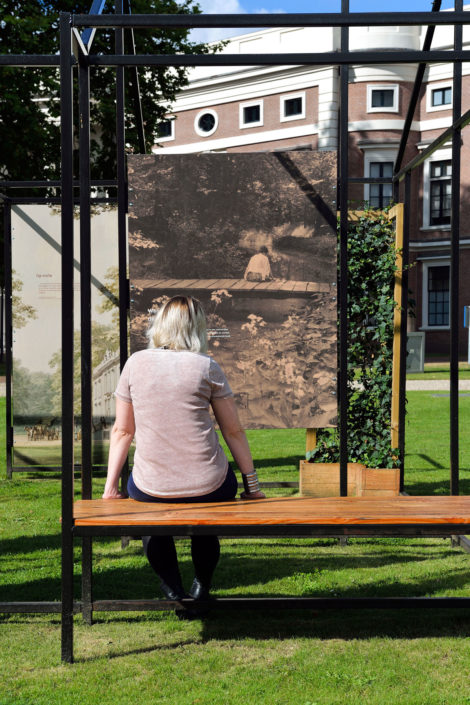 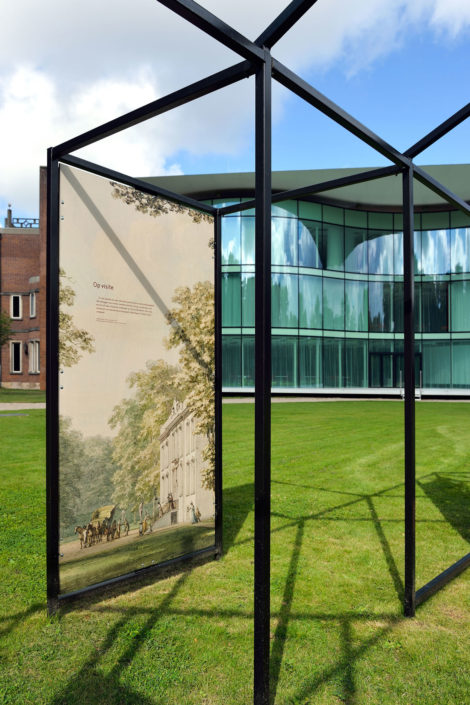 The black steel renders the construction almost invisible. The wooden text panels appear to float and blend into the landscape. The grain of the wood is purposefully left uncovered. As time goes by, the ivy will take over the entirety of the steel pavilion.

The exhibition’s first stop is at the garden of Paviljoen Welgelegen, after which it will visit many other (former) “buitenplaatsen” for years to come. 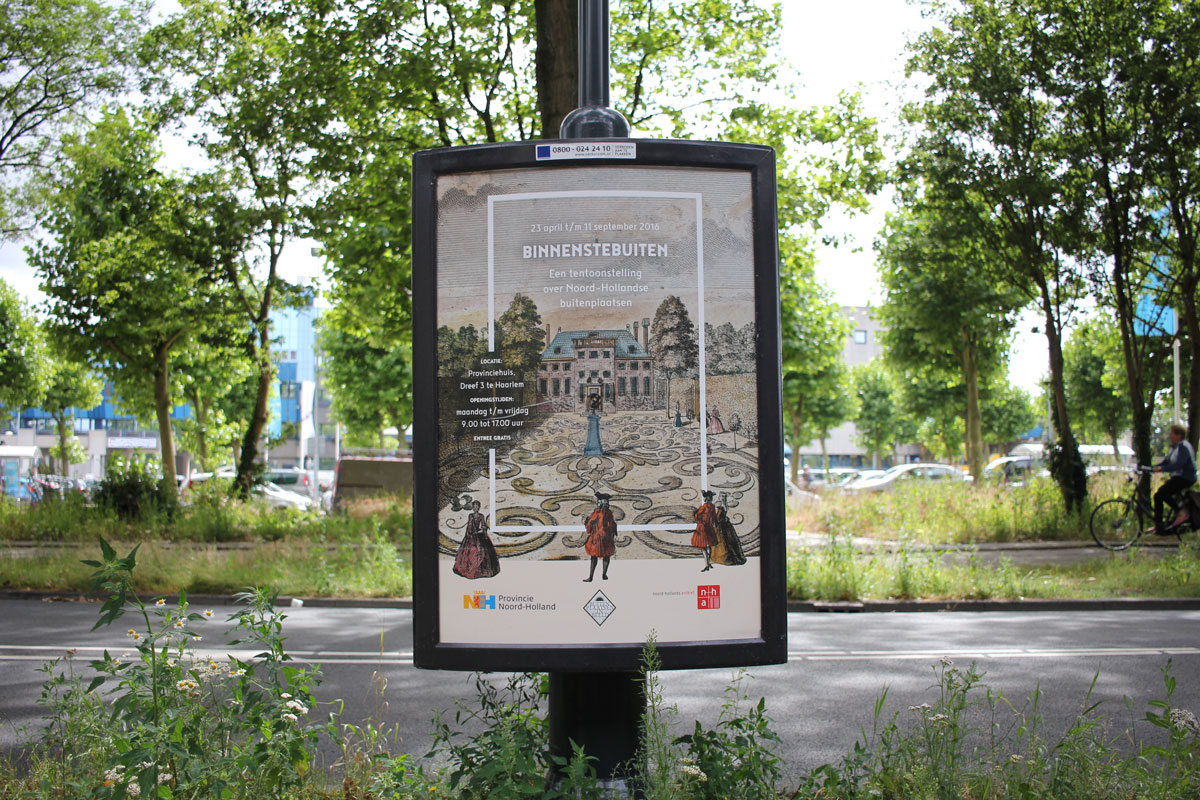 “Creativity, professionality and enthusiasm are at the heart of Synergique. The collaboration has been a success form the first meeting to the final evaluation.”